Buy subscription with us and unlock  Oliver Duffy-Lee – Agency Growth course today.  No more payment for gurus. Join the rest of the tribe.

The first step is to learn web development. You need to know html, CSS, JS, React, and NodeJS. The next step is to learn Blockchain development. There are many Blockchains, but most of the value locked in smart contracts is on Ethereum or on other Blockchains based on Ethereum. And most of these smart contracts use a programming language called Solidity. That’s why you should focus on learning Ethereum and Solidity.

Writing secure smart contract – in this case you defend your code against hackers
Auditing smart contracts – in this case you try to attack a smart contract and find vulnerabilities
Writing Secure Smart Contracts
As a developer you have to understand that in addition to loss of funds, it is also hard to gain back trust once your contract is hacked. Security is a constant threat in web3. Unlike Web2, all your code is always public and cannot be changed one you deploy it. And since blockchain is immutable, fraudulent transactions cannot be reverted either. So it’s very important to test your code thoroughly before deploying to production.

Ethereum and complex blockchain programs are new and highly experimental. Therefore, you should expect constant changes in the security landscape, as new bugs and security risks are discovered, and new best practices are developed. Following the security practices in this document is therefore only the beginning of the security work you will need to do as a smart contract developer.

While much of your programming experience will be relevant to Ethereum programming, there are some pitfalls to be aware of.

Be extremely careful about external contract calls, which may execute malicious code and change control flow.
Understand that your public functions are public, and may be called maliciously and in any order. The private data in smart contracts is also viewable by anyone.
Keep gas costs and the block gas limit in mind.
Be aware that timestamps are imprecise on a blockchain, miners can influence the time of execution of a transaction within a margin of several seconds.
Randomness is non-trivial on blockchain, most approaches to random number generation are gameable on a blockchain.
During development, always upgrade to the latest version of any tool or library as soon as possible. This will safeguard you against known bugs. Bugs generally occur if your smart contract logic is too complex. So you should keep your contract as simple as possible. If you are implementing a complex feature divide your development into phases. New features should be thoroughly tested before release. It’s important to test your ENTIRE app before each release not just the new features. This was the mistake Compound protocol made which cost them $90 million.

To improve your chances of shipping fewer bugs to production, you should write test cases for each feature as you develop them. Unit testing also find bugs in your code as your contract grows. Projects like DappTools make it easy to find early stage bugs with its best in class fuzzing tests. You should look out for efficient tools that make finding bugs easier for you.

Another important thing to note here is that even private variables are visible on the blockchain. So you should not store sensitive data in your smart contract code.

Once all your code is working as expected it is important to be aware of the most common vulnerabilities in smart contract development. This will ensure you don’t fall for obvious mistakes such as:

Reentrancy attacks which happens when the attacker takes over the control flow. For example calling a payable function more than once without actually paying for it
Front running is another type of attack where the attacker is able to predict the behaviour of smart contract if it depends on transaction ordering or time
Similarly, Access control attacks happen when an attacker is able to access to privileged information by escalating their permissions
If your contract handles a large amount of money, it’s advised to get your code audited before going live. Ultimately, hackers have more financial incentives than auditors so it’s a good practice to setup a bug bounty program on platforms like Immunefi.

Lastly, you can get insurance from Companies like Nexus mutual for your smart contract. They provide insurance against hacks and contract failures thereby increasing users’ trust in the application.

Ethlint – Yet another Solidity linting.
Solhint – A linter for Solidity that provides both Security and Style Guide validations.
Prettier + Solidity Plugin – Prettier enforces basic style conventions in your code.
And finally, you need to learn how to write the report of a smart contract audit. For this, you can take some inspiration of existing smart contract audits.

Security is becoming a fundamentally important part of blockchain development. You as a blockchain engineer should educate your self and make web3 a safer place for everyone. Smart contract security is very interesting, and it’s also very well-paid. And to get started, you can checkout our course on smart contract security that we just released. It uses the latest version of Solidity and covers the main security vulnerabilities that you need to know. 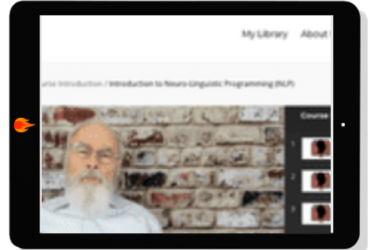